Spending a Day in Blaenau Gwent

Where do you start?

With so many things packed into a small area, just where do you start to explore Blaenau Gwent? Here are just a few ideas to spark your imagination.

No better place to start than Market Square Brynmawr. This is the heart of the Highest Market town in the UK. The museum in the Carnegie Buildings is worth a visit before popping into Beaufort Street for elevenses in one of the many cafes.

Next stop is Roundhouse Towers in Nantyglo – the last castle built in Britain to protect the ironmaster from his workers.

Move on to Blaina for a visit to Blaina Museum then head down to Six Bells for lunch at Ty Ebbw Fach.

To walk off the lunch take the Guardian Trail – one of 9 Tyleri Trails – and visit the world famous Miners memorial.

Round off the day with a visit to St. Illtyds Church – the oldest building in Blaenau Gwent and make sure you take in the great views up the Ebbw Valleys.

Start the day with a lakeside stroll around the lake at Parc Bryn Bach and treat yourself to elevenses in the Countryside Centre.

Then head to the town centre for a visit to the see the town clock – the tallest freestanding Iron clock in the UK. Also in the circle is Tredegar Local History Museum that is always worth a visit. Just down from the circle is Bedwellty House, a great place for lunch or afternoon tea and a stroll around the park. The house shows a film of the life of Aneurin Bevan that may inspire you to do the Aneurin Bevan Trail – car walk and car trail around the town. The car trail ends in Trefil and if all that walking has worked up an appetite stop off at the Mountain Air for an evening meal.

Abertillery is a town with a proud mining heritage, symbolised in The Spires – the gateway sculpture, each of the 6 columns representing a former colliery. Abertillery Museum has a great mining collection including Arthur Scargill’s cap from the 1984-5 miners’ strike. Then on to Ty Ebbw Fach for elevenses and discover the story of the 1945 Six Bells mining disaster that the Guardian commemorates.

Then make your way to Ebbw Vale and visit the Cwm Miners Memorial on the way. Head onto Bedwellty Park Tredegar for lunch and a walk around the park that contains the largest block of col in the world.

Start this journey of discovery at Sirhowy Ironworks, A well preserved relic from the heyday of ironmaking in Wales. Then head across to the Ebbw Vale Works Museum, a time capsule of everything Iron and steel in Ebbw Vale. The Museum is housed in the grand General Offices of the former steelworks. Festival park is a great lunch stop. The shopping centre is located on the site of Garden Festival Wales that reclaimed the former steelworks site in 1992. The huge buffs that overshadow the lake are remnants of furnace slag from the ironworks.

After lunch move over the valley to Nantyglo. Here you will find is Roundhouse Towers, the last castle built in Britain, to protect the ironmaster from his workers. Much of this unrest resulted in the Chartist movement that is documented in the Chartist Centre in Blaina.

Start the day with a lakeside stroll around the lake at Parc Bryn Bach, an ornithologist’s paradise and treat yourself to elevenses in the Countryside Centre. Then take the mountain road over the valley dropping down into Ebbw Vale’s Festival Park. Here you will find Festival Park Owl Sanctuary home to 60 birds of prey from all over the world.

After lunch at one of the cafes and restaurants at Festival Shopping head across the valley to Cwm Merddog and Silent Valley Nature reserve. The beech woodlands are their most spectacular though when filled with bluebells in Spring or wreathed in Autumn colour. We then recommend you end the day at Cwmtillery Lakes a former colliery feeder but now a local nature reserve.

The Ebbw Fawr valley is filled with fable and folklore. Much of this can be found in the writings of Rev Edmund Jones and the sites of many of these tales can be found when walking the Tyleri trails. The 9 trails vary in length and grade but we recommend those starting at Cwmtillery Lakes that include stories of Mari the witch and the old Hag of the mountains.

Next head off to St Illtyds Church, the oldest building in Blaenau Gwent. Here Edmund Jones expounds on fairies and fairy funerals.

At the head of the valley Ebbw Fach Valley meets Clydach Gorge. The Crawshay Bailey trail takes in the head of the gorge including a waterfall near to Hafod Arch. It is reputed that a visit here by Shakespeare inspired him to write A Midsummer Night’s Dream. 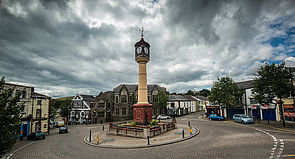 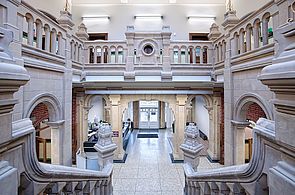 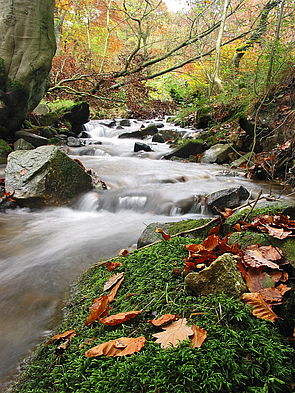 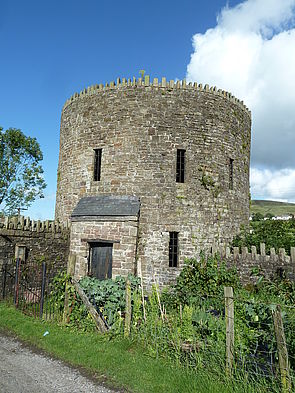 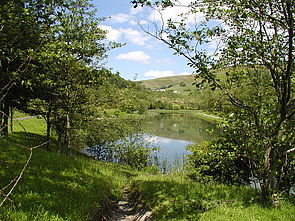