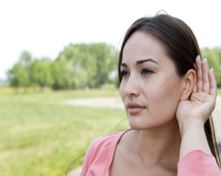 The Education Act 2002 requires that the governing bodies of all maintained schools in Wales, to establish procedures for dealing with complaints from parents, pupils, staff, governors and members of the local community.

Complaints of a general nature

1. The responsibility for dealing with complaints at a school lies with the Governing Body. The Council are able to provide advice, support and guidance to pupils, parents, headteachers and governors about procedures and processes associated with the resolution of complaints.

2.  A summary of complaints procedure (as adopted by Governing Bodies of community and voluntary aided schools), is provided below:-

(b) if the Headteacher cannot resolve the complaint, it should be referred to the Chair of the Governing Body unless he/she has a prior involvement;

(c) if the Chair cannot resolve the complaint, it should be referred to the appropriate subcommittee of the Governing Body;

(d) at any stage, the Corporate Director of Education can provide advice and guidance.

(e) it must be noted that on occasion special procedures can apply to complaints dependent on the nature of the complaint e.g., in the case of pupil exclusions and curriculum; and,

(f) the Council (other than the Director of Education) can only be directly involved if the matter is referred to them by the Governing Body, post initial investigation.

Complaints about Aspects of the Curriculum in Schools

1. Complaints about curriculum provision would include all aspects of National Curriculum, courses leading to external qualifications, religious education and worship, operation of charging policies in relation to the curriculum and compliance with regulations in relation to provision of information and curriculum.

2. These procedures do not cover complaints about the actions of individual teachers or the headteacher.

If the complainant is not satisfied with the Governing Body's decision, he/she may refer the complaint to the Council by writing to the Corporate Director of Education, Education Directorate, Floor 8, Anvil Court, Church Street,  Abertillery. NP13 1DB

If the complaint concerns religious worship or an agreed syllabus for religious education, the Corporate Director of Education will call a meeting of Standing Advisory Council on Religious Education (SAC) to act on behalf of the Council in considering the complaint.

In voluntary Aided schools the relevant authority will be the independent church authority. Other complaints will be considered by the Education Sub-Committee. The complainant (accompanied by another if so desired), school Governing Body and Link Adviser should be invited to the meeting to make representations.

The Council and individual schools will maintain a record of formal complaints.

1. The responsibility for dealing with complaints which involve harassment or bullying of pupils lies with the Governing Body.

2. The procedures for dealing with such complaints are the same as those for complaints of a general nature, except that:

(a)   where appropriate, the Police should be informed; and,
(b)    the Council will monitor all complaints which suggest that there has been a racial incident.

3. A racial incident is one in which the action is regarded as racist by the victim or anyone else.

4. Bullying and racial harassment may take various forms and includes name-calling, insults, graffiti, offensive or racist language or literature, as well as physical assault and the threat of physical assault.

6. Schools should have clear policies and practices which promote harmony and which provide support for victims.