A new library at Ysgol Gymraeg Bro Helyg has been officially opened this week and named lovingly in tribute to a pupil who passed away following a brief illness earlier this year.

Imogen Prosser, aged 9, passed away just a few weeks after being diagnosed with an aggressive tumour on her brain stem, and is missed by all her school friends and staff at the school in Blaina, Blaenau Gwent.

Imogen’s parents, Heidi and Mark, were at the official opening on Monday, 12th September. In their daughter’s memory, they cut the ribbon, together with Imogen’s siblings, Tyler and Kadie, to declare the library open.

“We are very proud that Imogen’s friends have chosen to honour her in this way. We would like to thank the staff on Rainbow Ward at Cardiff Hospital for their care and attention to Imogen during her illness.”

In support of their words, there is also a reference to the ward on the wall of the library which has been decorated with a rainbow and the school will continue to support LATCH in future. 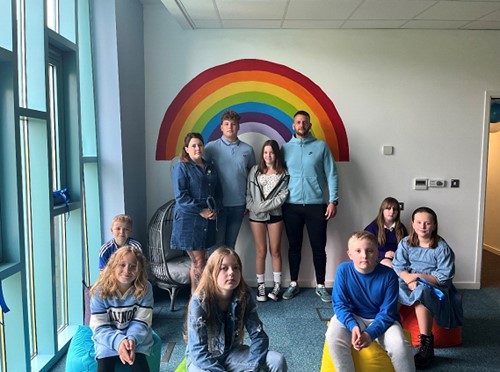 “Imogen was a lovely, quiet, kind pupil who was popular with her classmates and she is missed terribly. The children wanted to keep her memory alive by naming the library in her honour and we all agree that this is an appropriate tribute.”

“Imogen’s parents have asked that we also raise awareness of the charity LATCH who do such good work supporting children with cancer and their families. Pupils at the school have today, therefore, dressed in blue and have made donations in support of the organisation.”

The new library is part of a £1million Welsh Government grant-funded development of the building under the Sustainable Communities for Learning scheme. The new facility will be known as ‘Llyfrgell Imogen’ (Imogen’s Library). 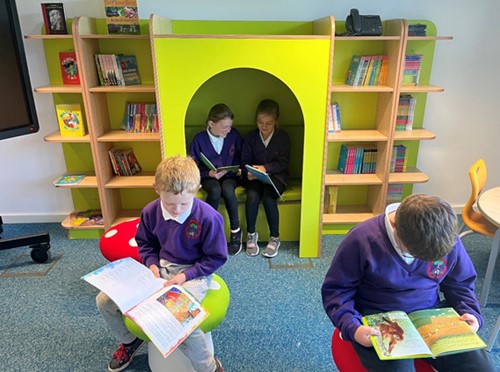